Skeptics like to point out that Carbon Dioxide (CO2) levels were much higher in the past and therefore, such large amounts would have little consequence in the present. Some even say that it will improve our environment.

The further back in time we go, the more different the earth becomes with CO2 levels having different impacts on its climate.

In the deep past, hundreds of millions of years ago, CO2 had always had an effect on the Earth’s temperatures but, just as important, was the intensity of the sun; the position of continents (continental drift); the paths of ocean currents; and the tilting and wobbling of the Earth as well as its distance from the sun (Milankovitch cycles). All of these factors were always changing with different effects on our climate throughout the deep past. Sometimes it was CO2 that was a major contributor to the Earth’s climate. Sometimes it was the other influences just mentioned.

The sun was much cooler back then and, the earth’s having more heat retaining CO2 than today made up for what would have been much colder temperatures. Since the sun is warmer today than it was back then, it would be unwise to raise its carbon dioxide levels to what they once were.

All of these changes greatly affected life in general, but we did not mind because we were not there.

In the ancient past, millions of years ago, continents barely moved but what little movement there was created major changes in our climate.

The isthmus of Panama in the Caribbean Sea was not yet formed. The ocean currents that went through Central America affected the Earth’s temperatures differently than today. When Panama was permanently formed, it created a complex situation throughout the ocean currents of the Northern Hemisphere causing a series of ice ages throughout the past million years with warm ages (called Interglacials) in between.

We did not mind those changes because we were very primitive without a sense of the future. Also, there were few of us and, we had time to adapt to changes in our environment.

During this period we did not mind changes to the Earth’s climate because if the weather did not suit us or the animals we hunted migrated, we could pick up our spears and gathering baskets and move elsewhere. There were very few of us, and we could change where we lived without much of a problem.

However, we became civilized thousands of years ago by virtue of having extensive amounts of land turned from forest to cultivated land – that is agriculture. This made our population rise up dramatically. Our agriculture was reliable when CO2 levels were at 280 parts per million. At those levels we had a moderate and predictable environment. There were occasional famines brought on by droughts, but they were localized and temporary.

Today, however, there are billions of us and, it would be impossible for a billion people to move from one area to another assuming that global warming would leave any area unaffected. 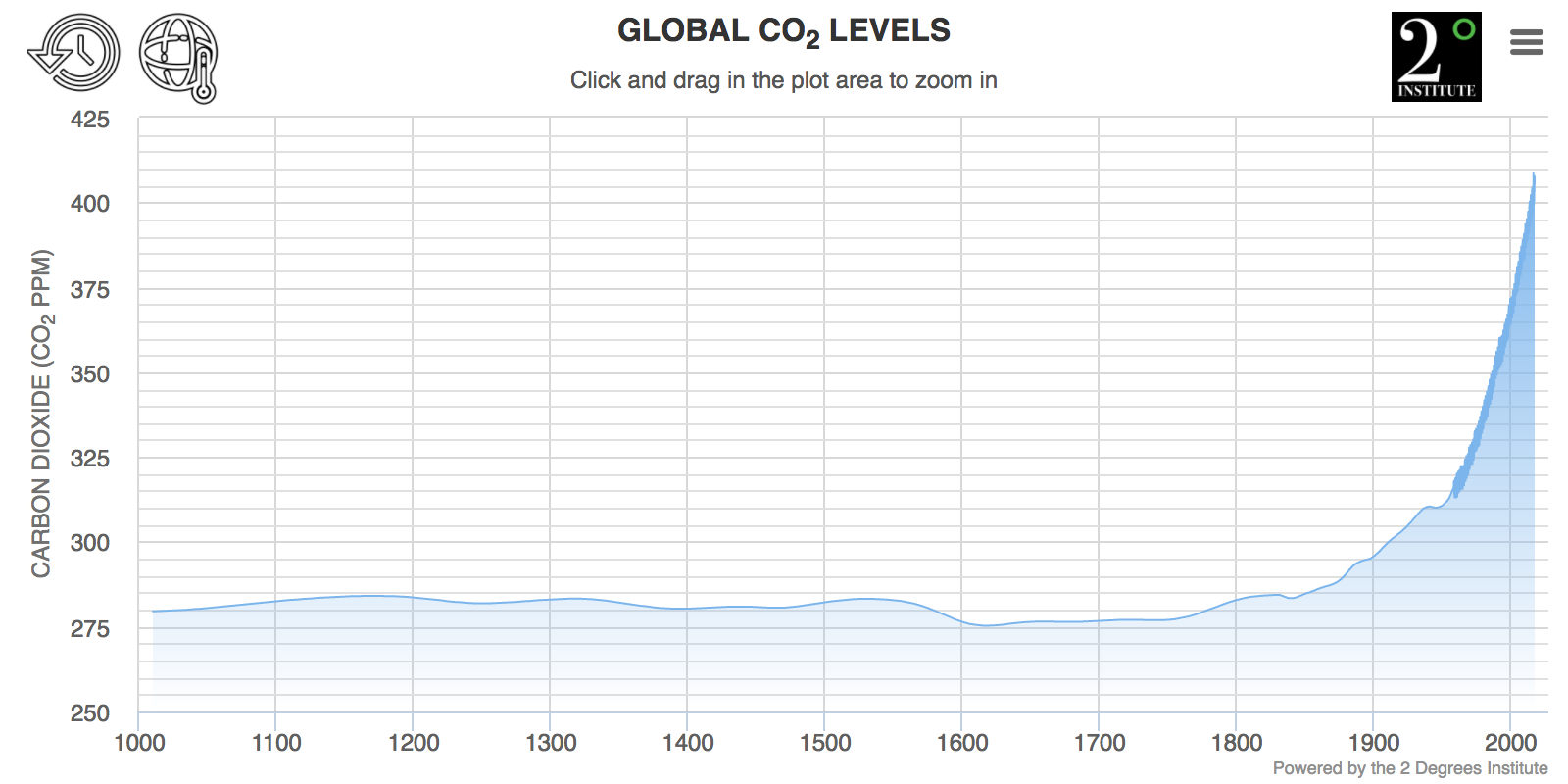 CO2 and the Big Picture

The same amount of  CO2 that we have today will increase temperatures much more so than in the past several million years; change to the point of being intolerable. That’s why we need to keep CO2 levels the same as they have been in the past several thousand years when moderate warmth allowed our civilizations to exist. That would be 280 parts per million instead of our current 410 ppm.