It Is Only A 1.4 Degree Increase

According to Patrick Lynch of NASA in 2011:

Those figures seem to understate the gravity of the situation since the number 1 is instinctively considered to be a small number. However, this temperature is a statistical average when spread out evenly throughout the whole earth. It is much more concentrated in some parts of the world, which is causing weather disruptions throughout the rest of it.

The temperatures, as seen in the anomaly (Change in average) map below, are concentrated in the Arctic region. In February of 2019, they were as high as 21.24 degrees Fahrenheit (11.8 Celsius)* above average compared to the period during 1951-1980. 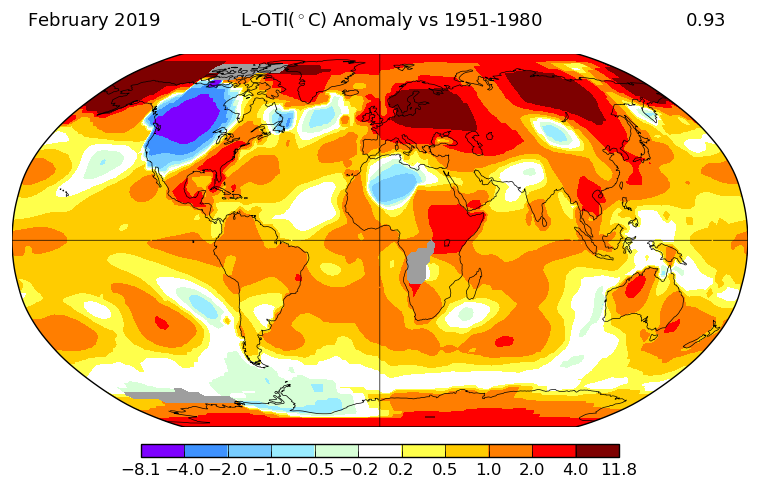 Figure 1: NASA’s GISS temperature anomaly map of the earth for the month of February, 2019.

Note: If map above does not appear in your browser go to https://data.giss.nasa.gov/gistemp/maps/index_v4.html and search under month and year.

The upper right hand corner in the map indicates the temperature increase for that month.  It was .95C (1.71F) above the previous years. This is more than the outdated figure of .8C (1.44F).

Based on what has been happening throughout the past few decades we can expect that just a minor increase in the entirety of the earth’s temperature will concentrate in the Arctic regions even more so than at present.

This is more important than merely showing that global warming is progressing. Such a radical change in temperature in the Arctic regions creates a chain reaction of events that affect the weather below that region. The result is increased drought and flooding depending on the region.

*Each degree Celsius is 1.8 degrees Fahrenheit.